Paul Duncan
@kershed
an hour ago
May 10, 1999: Star Wars: Attack of the Clones: Doug Chiang’s concept for the clone gunship was his first drawing for the film. The design would later inform the droid ships that attack Kashyyyk in Revenge of the Sith. https://t.co/kspUsxpVor 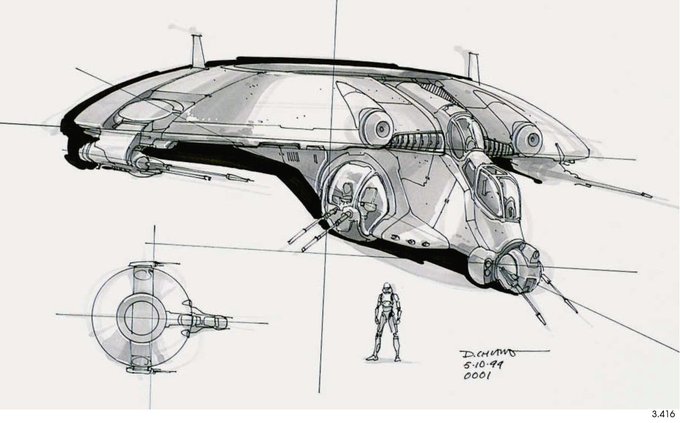 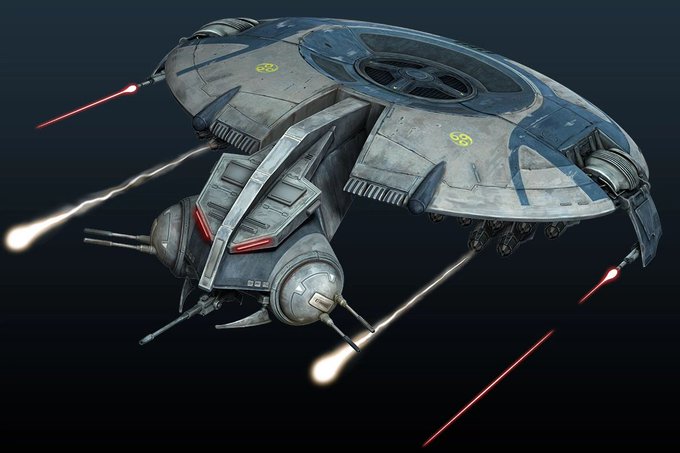 Paul Duncan
@kershed
5 hours ago
Star Wars: Attack of the Clones: Concept painting by Wilson Tang and Christian Alzmann for the drop zone into which Obi-Wan will fall after the probe droid has been destroyed. Lucas approved it May 10, 2001, but commented: “Make center look less like target.” And final frame. https://t.co/K9I9cu4x9r

Paul Duncan
@kershed
9 hours ago
I just reread #JackKirby's The Eternals (#1-19, Annual 1) for the first time since it was published. I loved the first 13 issues, and then something seemed to happen—characters and plot dissipate. Did Jack ever comment on what happened? @jackkirbycomics @JackKirbyMuseum https://t.co/vZ2Mu9Dd8S 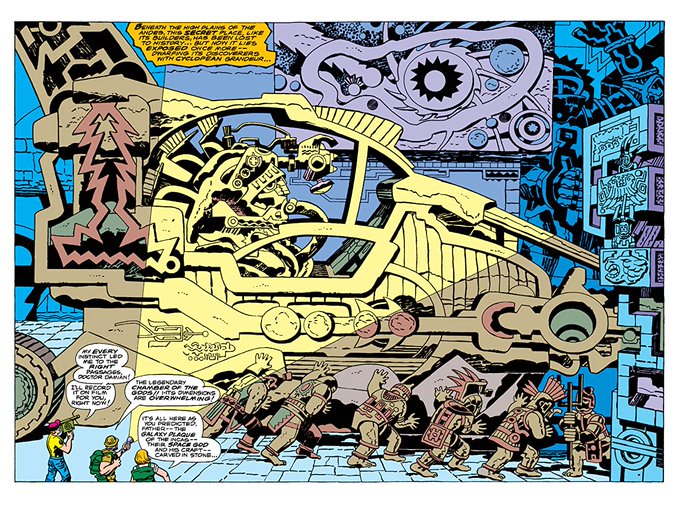 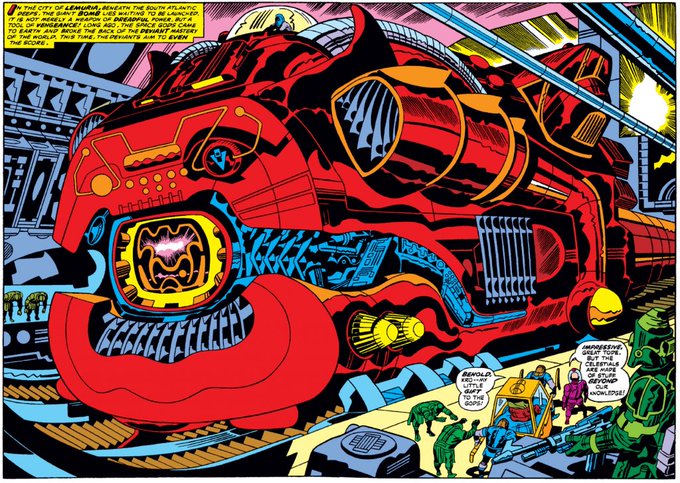 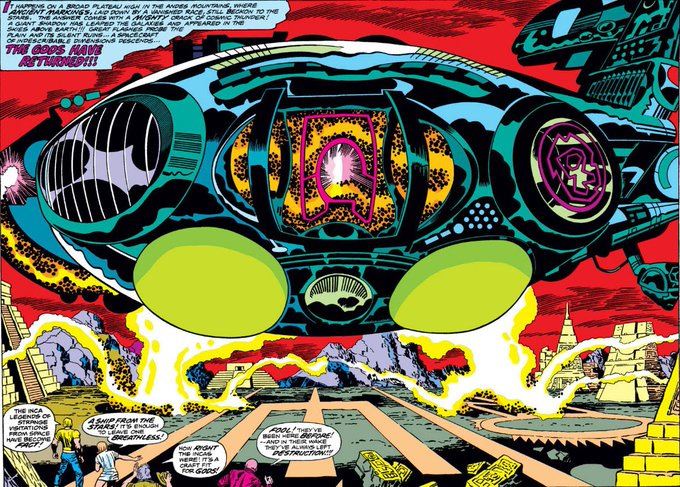 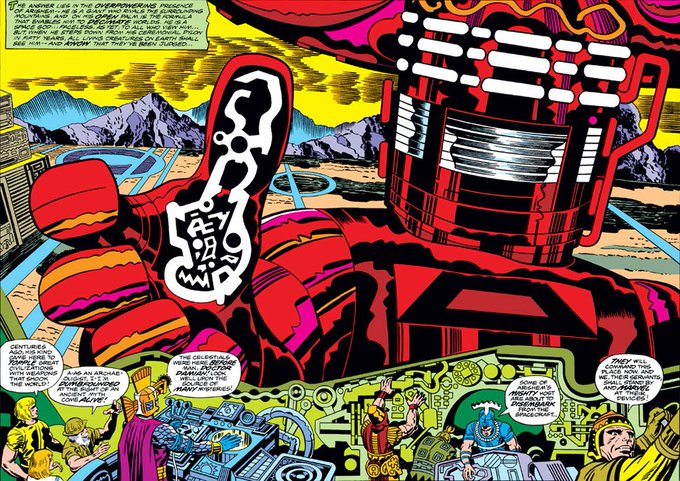 Paul Duncan
@kershed
22 hours ago
Star Wars: A New Hope: @jjsketchbook storyboard of laser cannons firing, and a ref note for shot 243, filmed October 11, 1976. After being combined with two X-wings, stars, gun flash, and lasers, Lucas OK’d the shot on December 21, then it was redone for May 9, 1977 approval. https://t.co/qTdadhgFM6 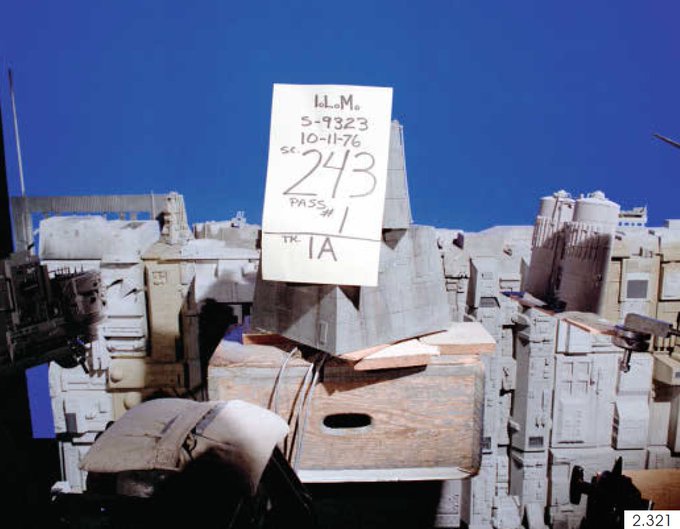 Paul Duncan
@kershed
a day ago
Ewoks: The Battle For Endor: @PaulHChadwick drew storyboards April-July 1985. This scene, drawn May 9, shows Cindel realize both her mother and brother are dead when their life monitor lights go out. Cindel Towani (Aubree Miller) and Wicket (@WarwickADavis) then go on the run. https://t.co/CwfzeHbrKt 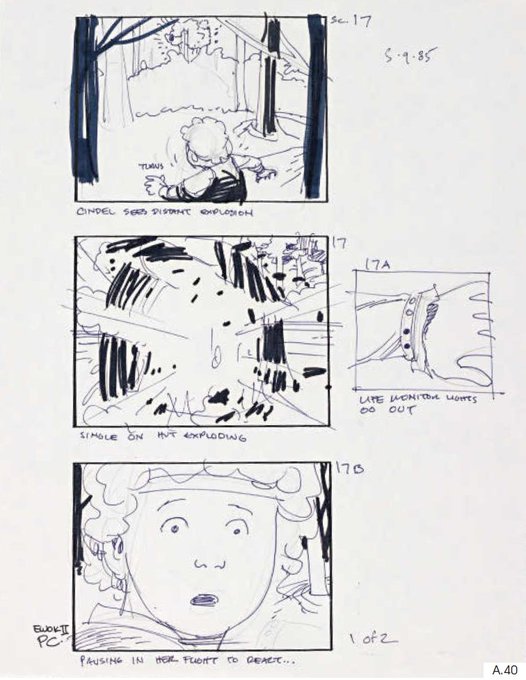 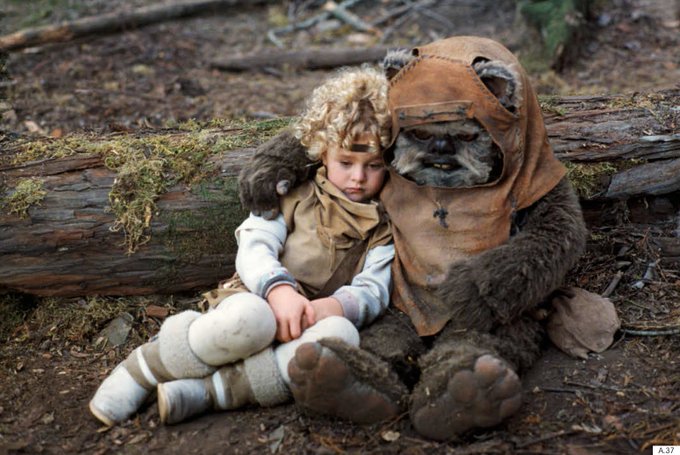 Paul Duncan
@kershed
a day ago
As pointed out by @mARKHAMillJOKER, the saucer design was used as Hondo Ohnaka’s Flagship in Star Wars: The Clone Wars season 1 episode "Dooku Captured" https://t.co/AME85oylh6 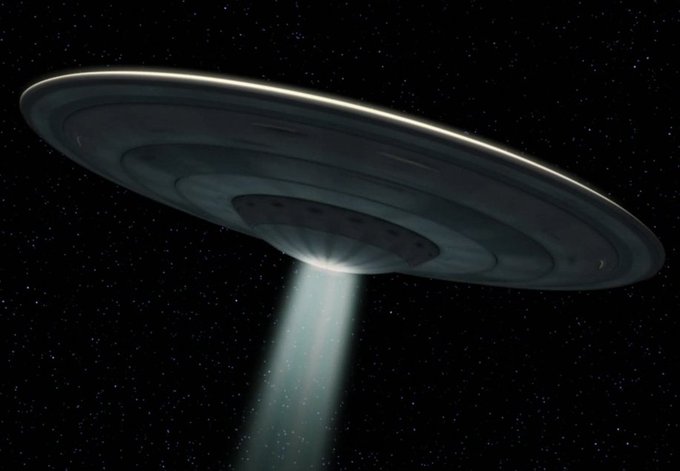 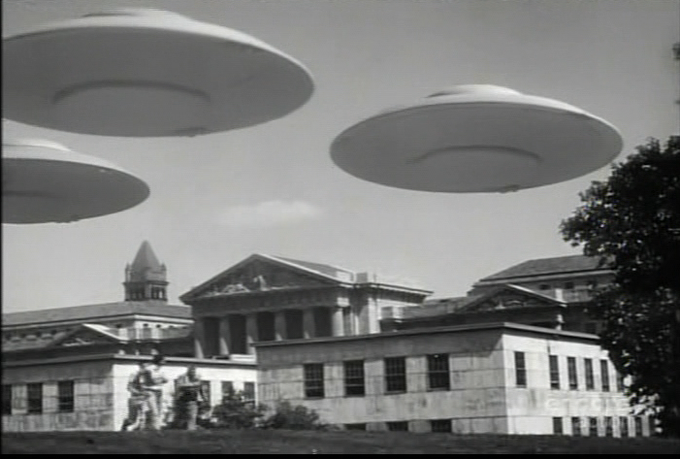 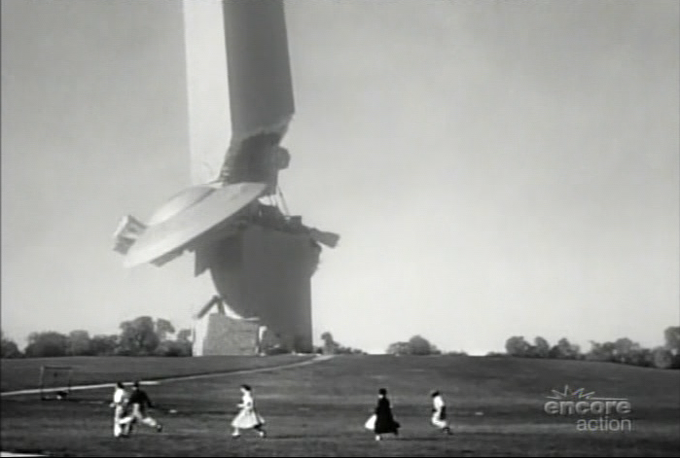 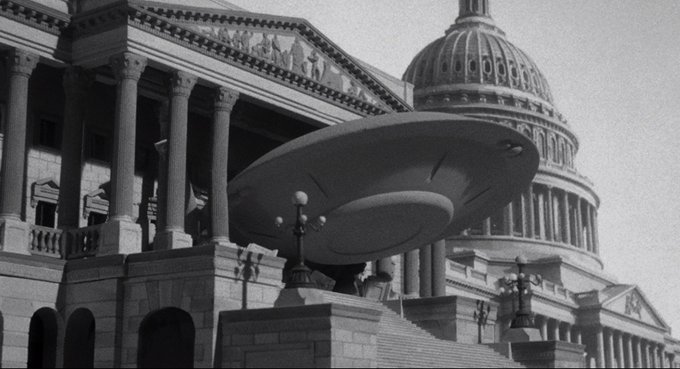 Paul Duncan
@kershed
2 days ago
Star Wars: The Phantom Menace: Storyboard generated on May 7, 1998, and filmed on August 10. Leaving Coruscant, Padmé tells Anakin: “The queen has reached a point where she must go to war.” The scene was shot but was eventually discarded from the movie. https://t.co/I5nVs3bZU9 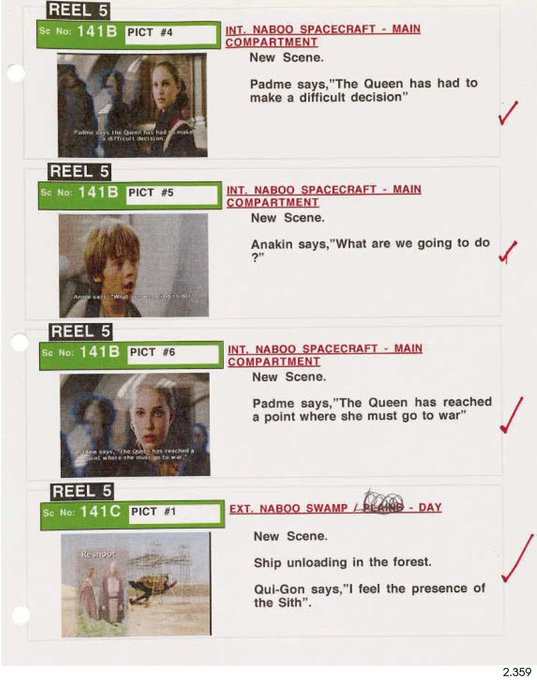 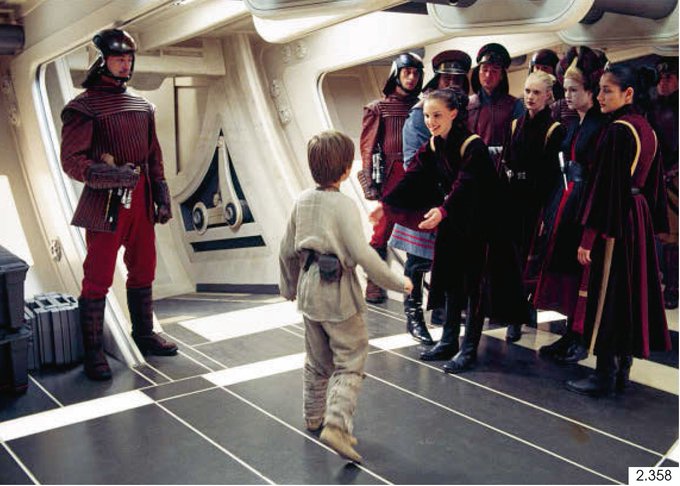 Paul Duncan
@kershed
3 days ago
May 7, 1998: Star Wars: The Phantom Menace: Lucas wrote and shot Qui-Gon testing Anakin for midi-chlorians in the hangar after winning the race. Then Lucas decided that Anakin should be tested before the race in his bedroom as per these storyboards for the August 1998 reshoots. https://t.co/vKMYjWECYJ 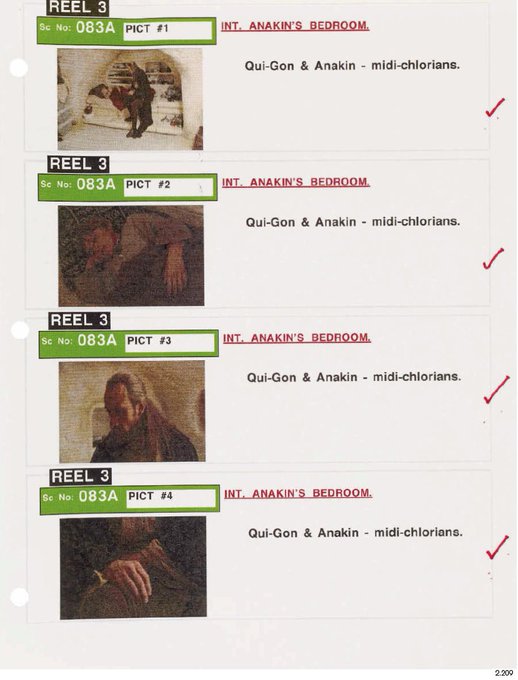 Paul Duncan
@kershed
3 days ago
How do you know if you have a first edition of The #StarWars Archives Eps IV-VI: 1977-1983? The first edition has the Ewok photo on pg 603. When I was at Lucasfilm Dec 2018 working on the second volume, I took out the Ewok photo and expanded image credits for the second printing. https://t.co/iILuk7rNx0 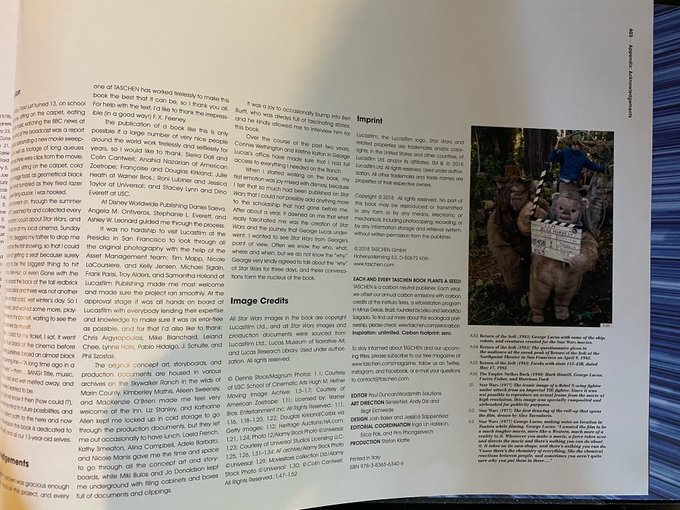 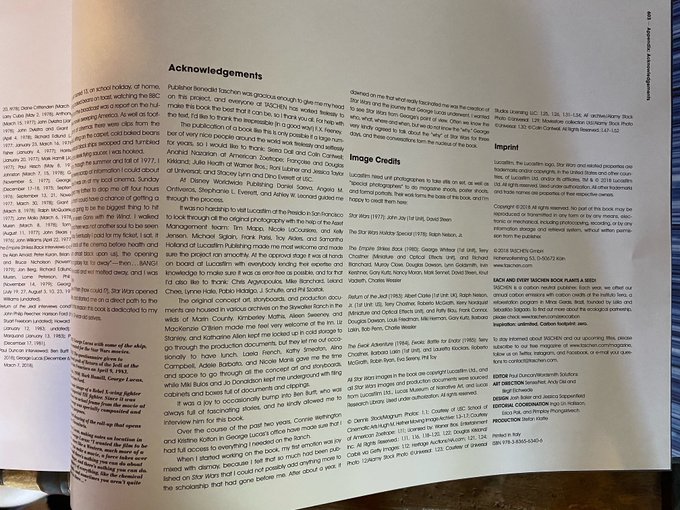 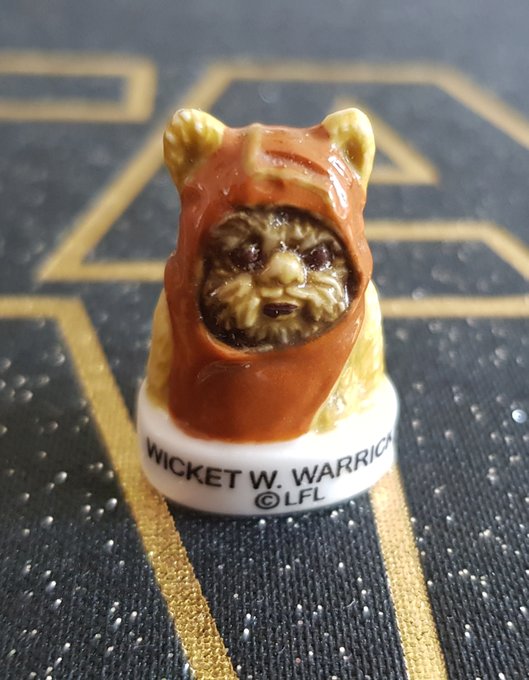 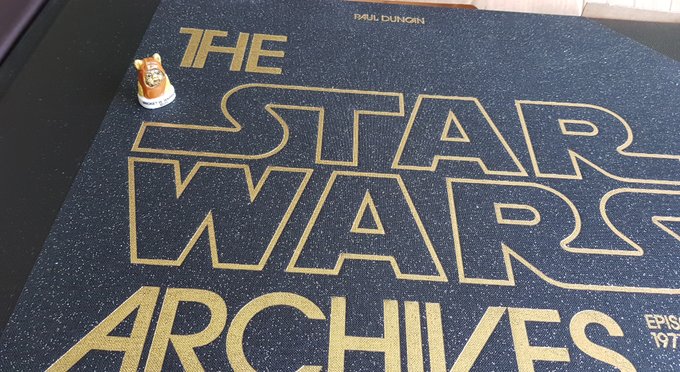 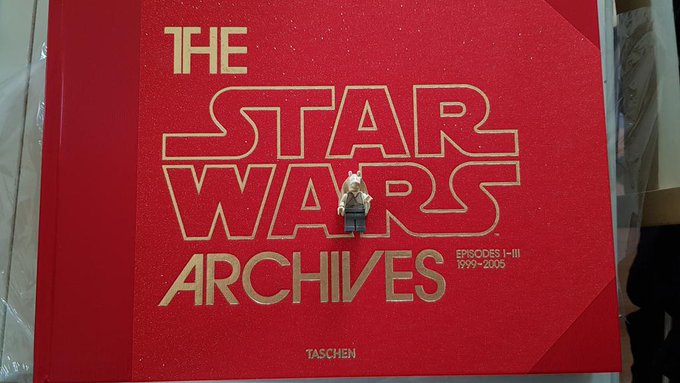 Paul Duncan
@kershed
3 days ago
Congrats to my son, Josef, for getting this fully funded in under 11 hours!!! @mymiqo @JTDCine Only 19.5 days to go! https://t.co/se9zlevjAM

Paul Duncan
@kershed
4 days ago
Hey, my son just launched this smart idea. Maybe you'd be interested in pledging? Anyway, watch the video, which we shot last weekend—we had to "dispose" of the cocktails afterwards 😉 Mixickers - Reusable Cocktail Recipe Stickers on @kickstarter https://t.co/KtGZu0enIm
0
0
2

Paul Duncan
@kershed
4 days ago
Many thanks for the 20k views of my unboxing video for The #StarWars Archives: Eps I-III: 1999-2005 in which I give a short guided tour of what is inside, and a bit about George's philosophy. I hope everybody has their copies now! https://t.co/M907YGZsjm

Paul Duncan
@kershed
4 days ago
George Lucas has always said that his films are "rules for life" for 12 year-olds. This is his legacy for future generations. https://t.co/OttLEwViiA

Paul Duncan
@kershed
4 days ago
Hey, my son just launched this smart idea. Maybe you'd be interested in pledging? Anyway, watch the video, which we shot last weekend—we had to "dispose" of the cocktails afterwards 😉 Mixickers - Reusable Cocktail Recipe Stickers on @kickstarter https://t.co/KtGZu0enIm

Make drinks quickly and with no mess using Mixickers. Pour in spirits following the guides to get the perfect and official mix.

Paul Duncan
@kershed
5 days ago
May 5, 2003: Star Wars: Revenge of the Sith: Iain McCaig’s concept for Padmé’s burial, which earned a “Fabulouso” from Lucas, and final frame. Natalie Portman: “Someone said that it was very ‘Ophelia’ [by Millais] and with the flowers and the hair it does look like I’m drowning.” https://t.co/lhVP7v1mhJ 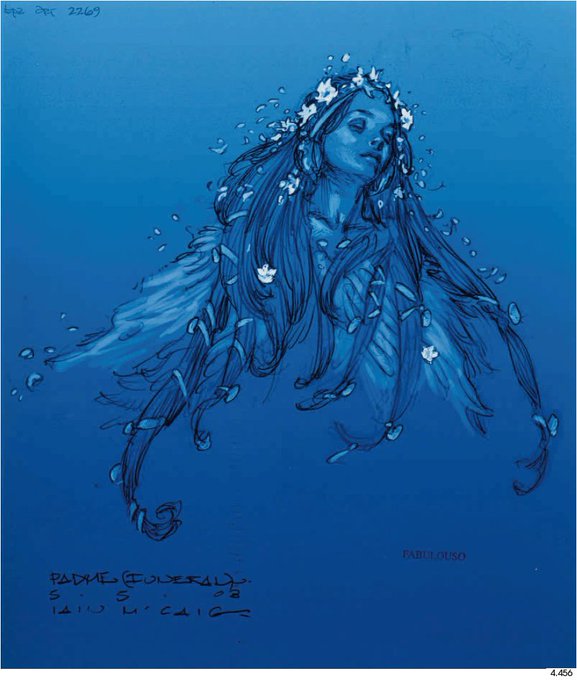 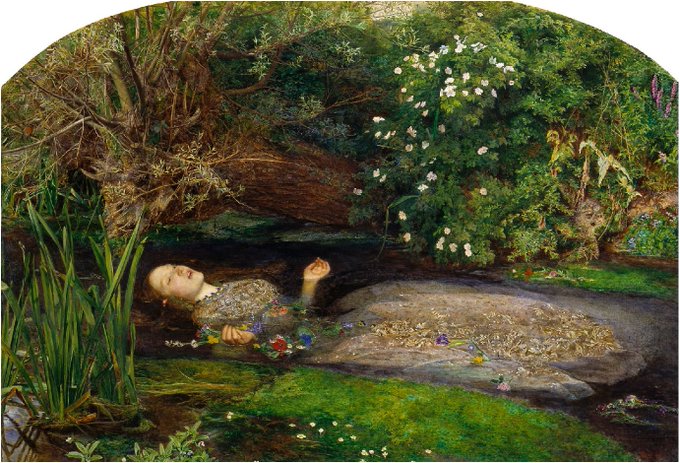 Paul Duncan
@kershed
5 days ago
My thanks to Javier Perez for this interview in the @skymexico magazine SkyView, published today. The Spanish-language editions of The #StarWars Archives are now available for sale! @TASCHEN_Spain https://t.co/KU6P5AuArr 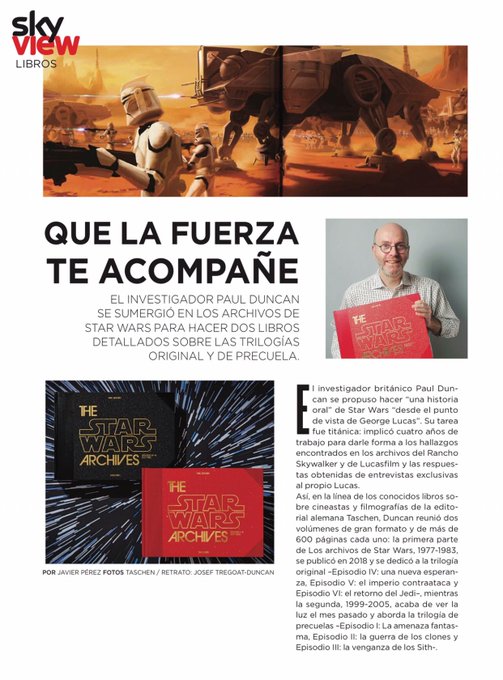 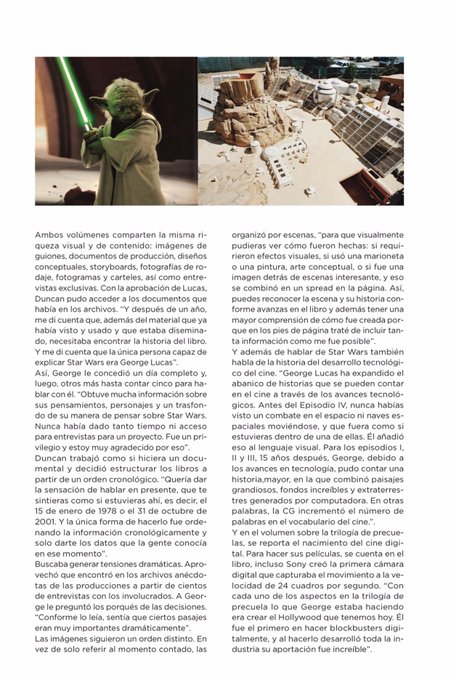 Paul Duncan
@kershed
6 days ago
Very happy to have talked with @J_Lachasse /@BFMTV about #StarWars Les Archives: Eps I-III for the French-laguage release of the book, which you can read in the link below. https://t.co/BphHagJz0J