Elmanon Le Clerc
@ElmanonLe
a day ago
Weremerber what Trump and Xi Jinping have dont to put Canada in trooble(Meg Wanzhou). We will not play the same role again. We do understand that you want our territory and our ressources. World need intelligence and countries to work together to save nature. Dev intercontinental
0
0
0

Elon Musk
@elonmusk
2 days ago
As always, Tesla is looking for hardcore AI engineers who care about solving problems that directly affect people’s lives in a major way.
0
0
0

Elmanon Le Clerc
@ElmanonLe
a day ago
We are not little dog of US gouv. they cherche trooble for canadian to be in war Canada is a federation as big as US and China we wont play in your war to geopardy our territory. Stop competition planet dont belong to countries but to humanity. Intercontinental gouv stop compeat
0
0
0

Elmanon Le Clerc
@ElmanonLe
2 days ago
What money give you if there is no peace. No one can be in peace if there is armaments. Even accidently it can be arm. We must build world security by developing world belt territories all around federation to stop wars if fens. Stop countries to invest in war techno, dev sustain
0
0
0

Elmanon Le Clerc
@ElmanonLe
2 days ago
Deceived that i had spend to much time to try to build financial security, with climate change there is no security,only way is to build all around the world place were mass population can move quick and be able to live in sustainable way an ecosystemic with nature(flora/fauna)👩‍🦳
1
0
0

Elmanon Le Clerc
@ElmanonLe
2 days ago
This is so important to be buried with a rolex. Have you read lately what tgey say when you die, he has a rolex, millions etc no it says for who you were important. Can we put ourshoulder to dev amondial territory all aroundfed. Stop war, devsustainables cities intercontinental
0
0
0 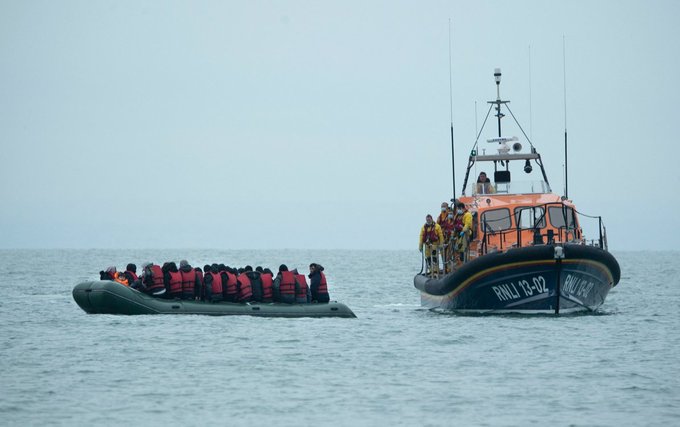 The death toll from the fatal crossing that occurred off the coast of France near Calais was revised from 31 to 27 people, including 17 men, seven women - one of whom was pregnant - and three children. Sunday's meeting hosted by France is set to include German, Belgian, and Dutch ministers and European Commission officials, while UK Home Secretary Priti Patel's invitation was withdrawn following a row between Boris Johnson and French President Emmanuel Macron.